Samsung Electric Industries – as it was formerly known, was established back in 1969 in Suwon, South Korea, which is also the present headquarters of this international corporation. Samsung makes a host of electronic products ranging from semiconductors to televisions. It set its foot in the smartphone industry by launching the first Android phone in 2009.

During the following year, in 2010, Samsung Electronics was also the first multinational to release the foremost Android tablet. Currently, Samsung is one of the biggest players in the global Android smartphone market and has recently released the Tizen OS which is a substitute for the Android operating system.

The recently launched products of this company include Samsung phones with the newly upgraded triple and quad camera set-up. They were introduced with a primary focus to improve the overall user experience as well as allow users to capture amazing photographs and videos.

In simpler terms, this translates to smartphones with three cameras, instead of two! Dual cameras were significantly popular and Samsung seized the opportunity to innovate by introducing phones with a third camera. The company released the Samsung Galaxy A7 –their first Samsung triple camera phone. It’s a well-known fact that photography enthusiasts are exponentially increasing around the globe and technology has certainly facilitated this process. The Samsung triple camera phones offer users a better view of the field, thus allowing them to capture shots that dual camera devices most certainly can’t.

What’s even better is that this feature is also applicable in the context of video shooting. This means your videos will not only have amazing clarity but will also be able to capture the minute details effectively. One of the most appealing features of the Samsung triple camera mobile is that it is able to click clear and superior quality photographs irrespective of lighting conditions. On top of that, in the triple camera phone Samsung model, the triple cameras also assist you in screening out certain background details, thereby enhancing your ‘portrait mode’ experience.

Many are apprehensive about whether the addition of a fourth camera will enhance the photography and video shooting experience. If you are wondering the same, let us tell you that it certainly would, as the fourth camera was introduced to enable smartphones to produce HD pictures usually captured with DSLR cameras. So, it’s safe to say that the more the number of cameras, the better and more superior would be the quality of your pictures and videos. A quad camera phone Samsung model would take into account finer details than a triple or dual camera phone, hence, they are much more superior to their fewer camera predecessors. The supplementary camera also facilitates optical zoom – a feature that allows users to effectively capture distant objects without compromising on the picture quality. Your quad camera will help you zoom by a slight movement of the lens or assisting the main camera to snap high-resolution photographs. The Samsung 4 camera phone will also allow customers to effectively crop shots without loss of any details; a concept commonly referred to as ‘lossless zoom.’

Thanks to progress in artificial intelligence, smartphone cameras can now capture detailed pictures with enhanced quality. The efficient processing technology of this Samsung triple camera phone allows the camera to adjust according to the settings and customers don’t have to shuffle between different modes to get the perfect results. This allows photographers to focus better on their surroundings instead of worrying about the right mode, and also gives amateur or passionate photographers enough scope to take great quality pictures. Besides, clicking in the dark has also become easy with the introduction of Samsung smartphones with three cameras. Such devices are also useful for selfie lovers to capture those memorable moments. Let’s take a look at the Samsung phone with 3 cameras price list. This Samsung triple camera mobile is one of the best phone under 20000.

Here are the specifications of the above mentioned Samsung mobile triple camera.

The closest you’ll get to a DSLR camera is with a Samsung quad camera mobile. This Samsung quad camera phone is known to help individuals blur out unnecessary background elements while focusing on the desired subject/object. Users are impressed with the zoom capabilities of the Samsung four camera phone as its superior to other devices available in the market. These Samsung four camera phones are also the best for people seeking the ‘lossless zoom’ feature in their new smartphones. Customers can easily shoot black and white videos without having to worry about low picture quality.

Let’s consider some of the important specifications of the above mentioned Samsung 4 camera mobile phones in the subsequent table.

These are some of the best Samsung mobile phones available today. You can go to the Bajaj Finserv EMI Store to diversify your options and purchase other Samsung phones like Samsung A10, Samsung A50, Samsung S10 Plus and more. Financial constraints can prevent many from owning their favourite Samsung mobile 3 camera or Samsung quad camera smartphones. Making full payments for your Samsung smartphone can prove to be really heavy on your pocket and also put a dent on your financial planning goals. However, on the Bajaj Finserv EMI store, you need not worry about finances anymore while purchasing your favourite Samsung phone. Plus, you can make repayments of your purchased products in easy and affordable instalments or EMIs. You can also avail a plethora of other discounts and offers while shopping for your Samsung triple or quad camera smartphone on this unique online platform. It is advisable that you apply for your Bajaj EMI card if you don’t have one. It’s a payment instrument comprising of a pre-approved loan amount.

There are many other benefits available for you at the Bajaj EMI store. One of them is the zero down payment, which means you’ll receive your desired Samsung smartphone without paying any extra cash. Next is the no-cost EMI – absolutely no interest or processing fees will be charged for your Samsung triple or quad camera phone. Also, our speedy delivery (as low as 4 hours) gives our esteemed clients a chance to receive their products right away from the comfort of your home.

A little research on your favourite smartphone will help you discover many more informative blogs available online that’ll provide additional important information. It’s important that all your questions/doubts are cleared before you arrive at an important decision. Make sure to check them out without any hesitation.

Now that you’re aware of the latest offers and payment options for your brand new Samsung triple or quad camera smartphone, you can visit the Bajaj EMI store and book your favourite phone today!

Get cyber security for your smartphone from Finserv MARKETS for protection against any potential cyber threats and risks.

Finserv MARKETS, from the house of Bajaj Finserv is an exclusive online supermarket for all your personal and financial needs. Loans, Insurance, Investment and an exclusive EMI store, all under one roof – anytime, anywhere! The Grand EMI Festival is Back: Grab Irresistible Discounts and Unbelievable Offers

India is a land of many festivals. With each celebration comes along some much 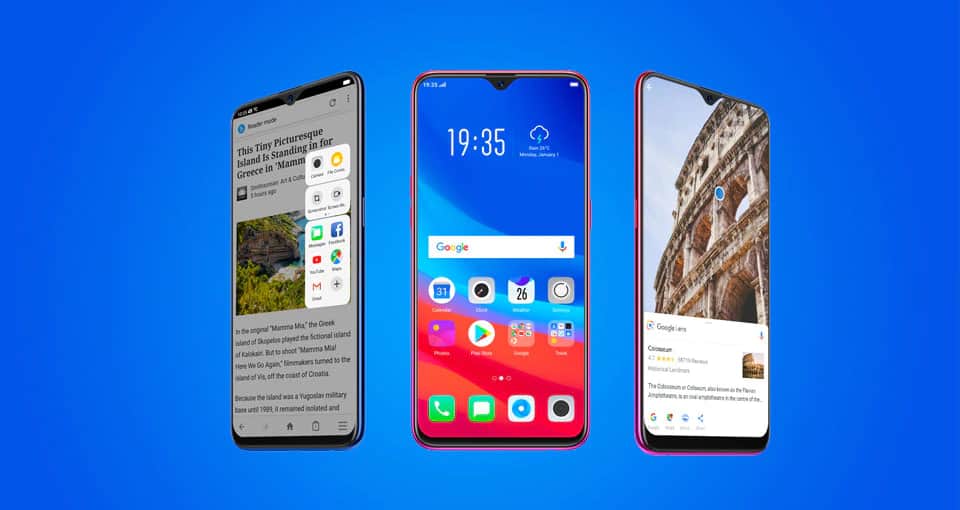 South Korean multinational conglomerate, Samsung leaves no stone unturned to amaze us with its 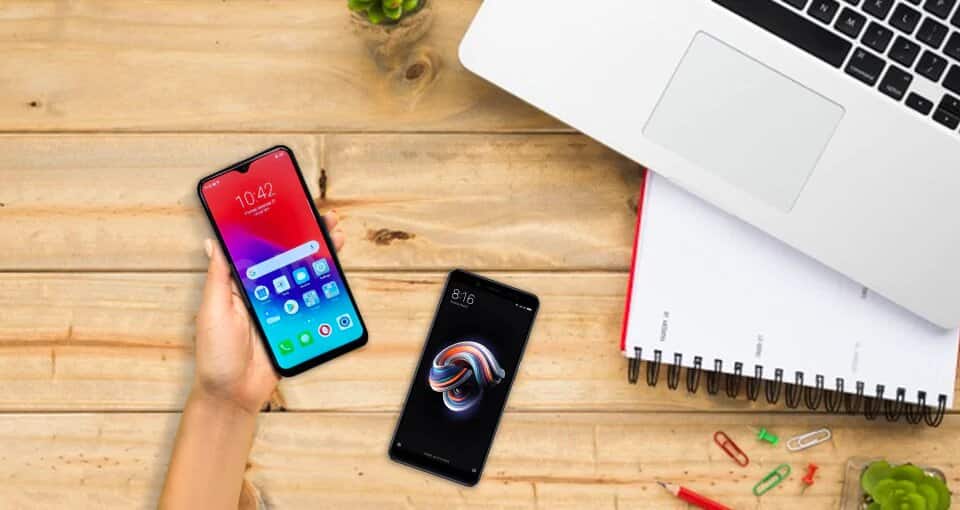 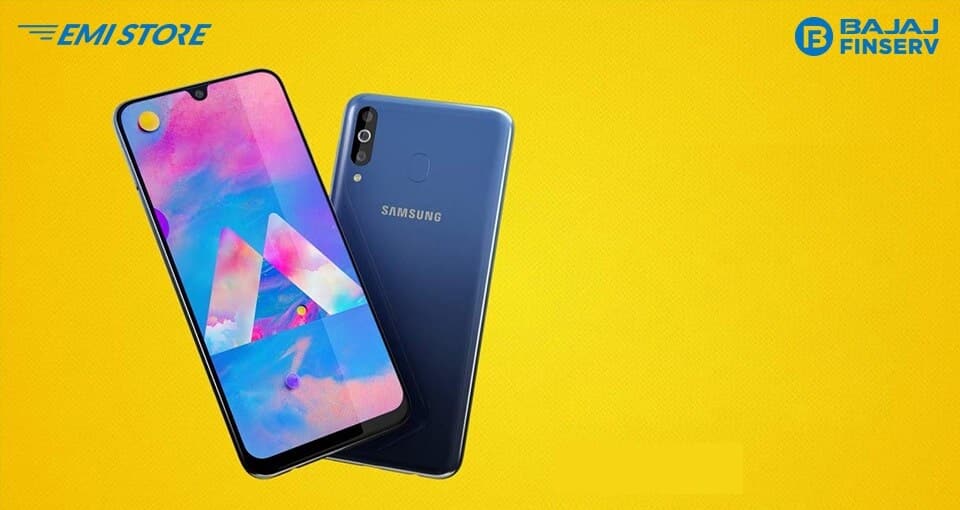