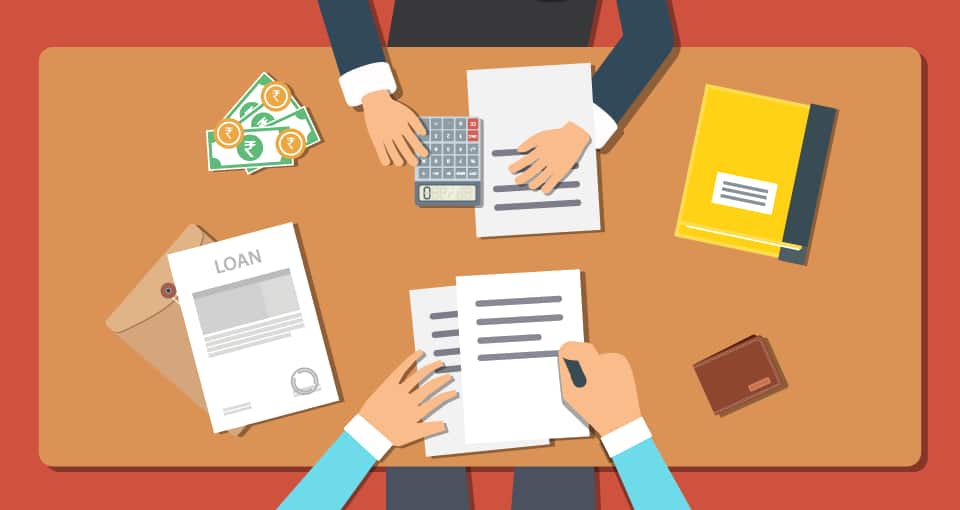 REPO signifies “Re-Purchase Option”, a variable benchmark through which the Reserve Bank of India lends money to other financial institutions – majorly banks. Financial institutions, in the time of liquidity crunch, can borrow from RBI against their pledged securities to overcome such crises. Banks further use repo rate as a measure to decide their lending rate ( Rate Of Interest on loans ). The banks use the concept of Marginal Cost of Funds Based Lending Rate to calculate their institution’s lending rate. Such a rate is higher than the RBI repo-rate. The difference is utilised by the bank to cover its running costs and make profits. The repo rate fluctuates according to the prevailing economic situation of the nation. The Monetary Policy Committee has been given the mandate to decide the repo rate.

In the October meeting, interest rate was reduced by 25 bps ( 100bps = 1% ), taking the total rate cut since February to 135 bps. Amidst the economic slowdown, such a step was predictable as it is argued that to stir growth, consumption becomes essential. With a low-interest rate, it is expected that people will borrow more, increasing personal consumption and hence, boosting the economy. 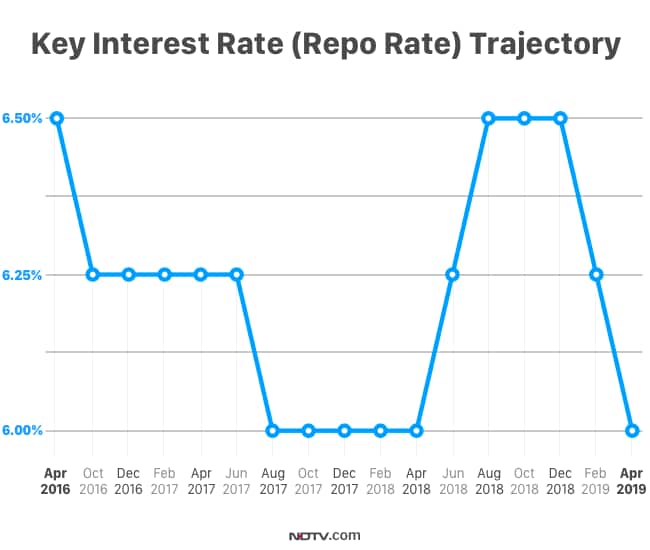 Can the repo-rate be predicted?

The Reserve Bank of India is given the mandate of formulating the nation’s monetary policy, and the Central Government takes care of the fiscal policy. The government tries to flush liquidity at a time when money in the market has dried up, giving signs of an impending slowdown. At the same time, too much money can eventually lead to inflation and in some cases, as in Zimbabwe, even hyperinflation. At such a time, the Reserve Bank of India absorbs the extra liquidity by issuing government bonds. Such sales and purchases of government bonds by the central bank are termed as Open Market Operations.

When to predict a fall in the RBI repo-rate?

The repo rate is determined through the Monetary Policy Committee’s majority consensus. At the time of a slowdown, to boost the manufacturing and consumption, the committee ( consisting of members from RBI and the Central Government) more often than not cut down the repo-rate. It is hoped that the financial institutions follow the same and decrease their lending rates enabling individuals to borrow at a lower price. However, it has been witnessed that most of the times, the banks do not follow such transmission. It is withheld to generate more profits. In such a scenario, you can take a personal loan on Finserv MARKETS where transparency is ensured. Here, loans can be availed without a guarantor and can be repaid with flexible EMIs ranging over a period of 12-60 months. In addition to this, the process of getting a loan on Finserv MARKETS is smooth and simple, without the hassle of tedious paperwork.

When to predict a rise in the RBI repo rate?

Inflation is attributed to a scenario when there is a relative increase in the price of goods and services. It can be due to higher demand from the consumers or certain bottlenecks in the supply side (e.g. failed monsoon, hoarding etc.)The RBI has been mandated to limit the inflation rate within the window of 2-6%. Whenever inflation crosses the limit, RBI tries to absorb the extra liquidity in the market. As an adjunct, it even increases the repo rate to make loans expensive. Such increase delays taking credit from financial institutions, rationalizing the liquidity in the market.

Economists and even political pundits agree that India is presently experiencing a slowdown. Further, the International rating agencies, such as the IMF, have downplayed India’s growth projection to 6.1% for the current fiscal from referring weaker than expected outlook for domestic demand. Hence it is clear that the Indian economy is facing a demand slowdown and a liquidity crunch that has resulted growth rate slowing to 5% in the three months ending June. At present, even the private consumption expenditure has fallen to an 18 quarter low of 3.1%. The government has taken various measures to revive the economy, and such a scenario also provides a golden opportunity for businesses, industries and individuals to utilise these government sops to expand their output and utilise credit and low-interest rates. Get personal loans on Finserv MARKETS at competitive interest rates of 12.99% p.a onwards. You can get an instant personal loan of up to 25 lakh for whatever your needs are. The personal loans available on Finserv MARKETS come with a variety of benefits such as loan approvals within 3 minutes, minimal documentation, flexible repayment tenures, zero collateral, quick disbursals within 24 hours, and much, much more.

You can also read about how often RBI increase or decrease Repo Rate.

Finserv MARKETS, a subsidiary of Bajaj Finserv, is a one-stop digital marketplace that has been created for consumers on the go. It offers 500+ financial and lifestyle products, all at one place. At Finserv MARKETS, we understand that every individual is different. And that’s why we have invested in creating a proposition – Offers You Value. A value proposition that ensures you get offers which are tailor made for you. We also offer an amazing product range and unique set of online offers across Loans, Insurance, Investment, Payments and an exclusive EMI store. Be it in helping you achieve your financial life goals or offering you the latest gadgets, we strive to offer what you are looking for. From simple and fast loan application processes to seamless and hassle-free claim-settlements, from no cost EMIs to 4 hours product delivery, we work towards fulfilling all your personal and financial needs. What’s more! Now enjoy the same benefits in just one click with our Finserv MARKETS App. Top 4 Benefits of a Personal Loan 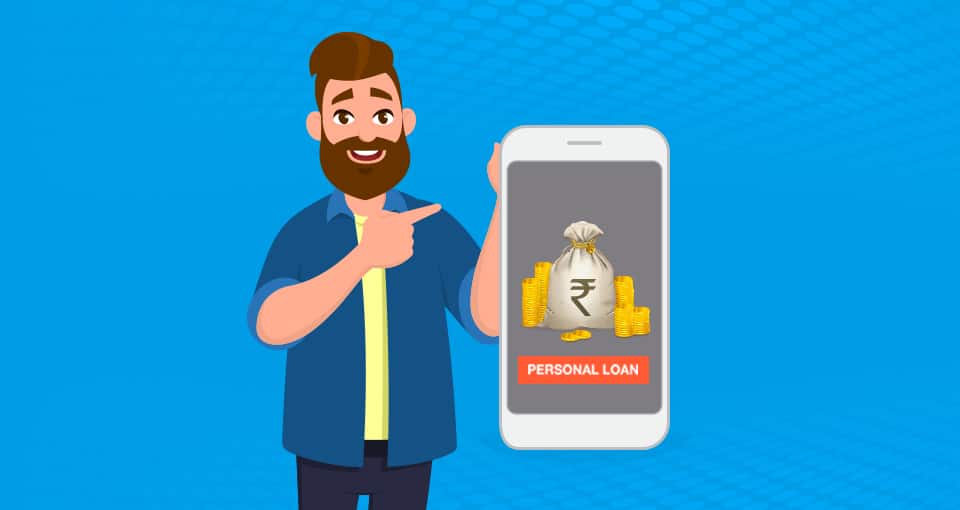 Digitization in Lending:Post the Pandemic Era

Introduction Prior to the pandemic, the lending industry was growing rapidly. However, in just 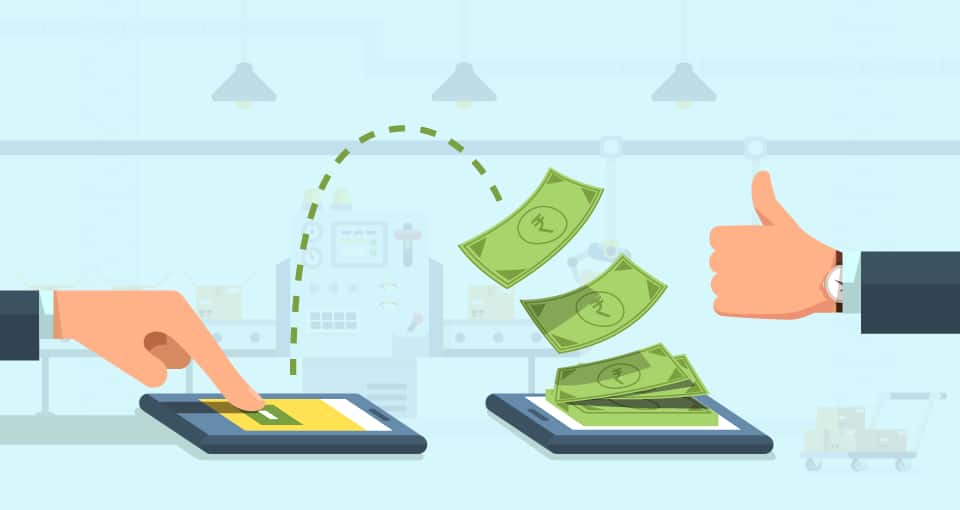 Hybrid Model of Lending: Is this the future

Introduction In India, over the past few years, there has been a paradigm shift 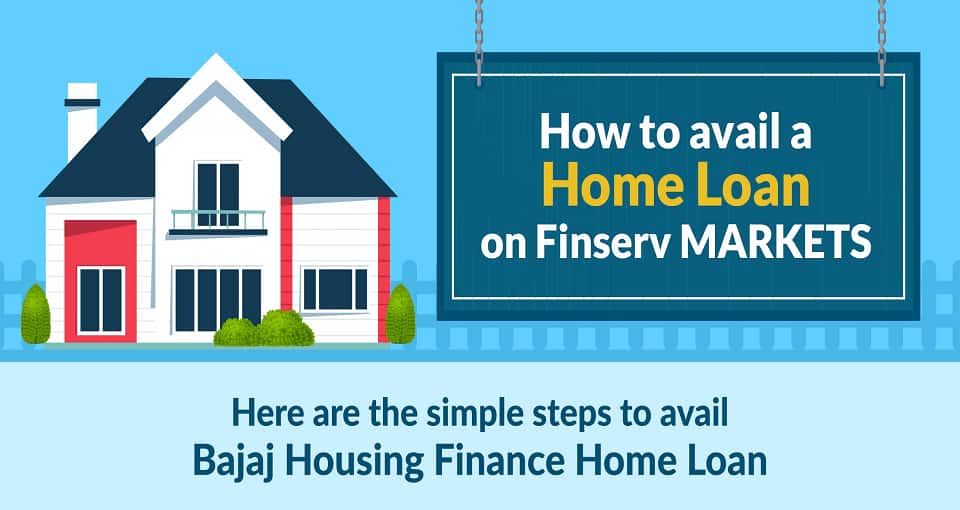 How To Avail a Home Loan at Finserv MARKETS How To Apply for Bajaj Finance Personal Loan at Finserv MARKETS